You hit your tap a few times every day. You get thirsty, dry, parched. Some people tend to drink more water if they’re hot, bored, maybe you’ve been on one of those  Kardashian-endorsed lemon cleanses and drink like a fish hoping to fit into something lycra-paneled or “sport-cut” by summertime.Point is you’re staying healthy, hydrated, meeting your USDA recommended H2O intake.You know a good glass of water when you pour one. You’ve got standards, taste, an entire lifetime’s worth of experience-conceived notions on like mineral content, dissolved oxygen, chlorination. You’d spit it right out if you didn’t like it, and you should. After all, this is 2018 and if the big wigs in municipal water sanitation and source treatment haven’t got it together by now, you could just as well cop a quench from some big shot bottling company promising quantum leaps in like ionized alkaline, infrared filtering, maybe even artisan artesian spring extraction. But then there are the risks inherent in the bottles themselves like polyethylene, phthalates, waste – the BPAs alone could throw your intercellular endocrine signaling into some weird hypothalamic feedback loop, leaving you like depressed, enraged, weighing the pros and cons of like driving your own fully submersive pump well and drinking groundwater from a backyard aquifer. Let’s slow down a bit. 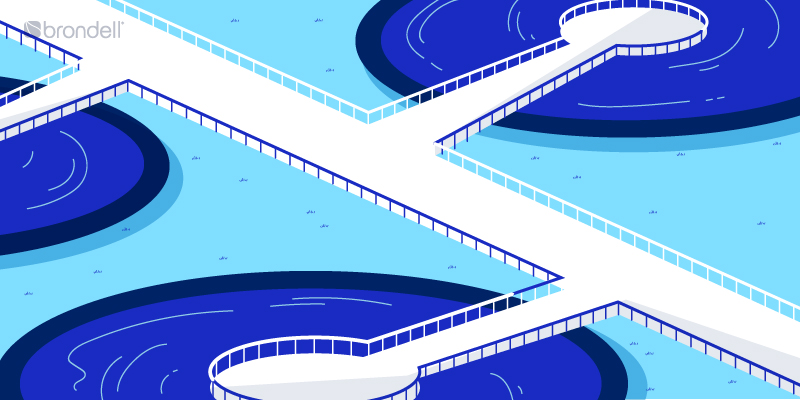 Sure, you want the most from your water. We get it. For the most part, modern tap water and the hydro-scientific advances at your local treatment facility make it possible to get a decent glass for a fraction of the price you might pay for environmentally brash and potentially chemical-logged bottled water. But these advances and sanitation methods do come with their own set of concerns. We’re talking about what those in the public water game refer to as secondary disinfectants, and namely the  chloramines in drinking water.

Since we don’t pretend to be Ivy League supramolecular chemists or certified  civil hydrologists, we’re not going to get into the minutiae of C-H bonds, inorganic compounds, crystal structures, or the great historical significance in like Wöhler synthesis – though you may find these topics to be of real interest, or at least hydro-theoretic enlightenment, on your own time. No, here we’re keeping it strictly to the chloramines; what they are, why they’re in water, and how you can remove them. Let’s take a look.

Chloramines are inorganic, man-made compounds derived from ammonia. But unlike beautiful, pristine, virgin NH 3 Ammonia, chloramines substitute one, two or three hydrogen atoms for chlorine atoms. For example there’s monochloramine (NH2Cl), dichloramine (NHCl2), and nitrogen trichloride (NCl3 or even 4 down here in the subscript if you really want to test the bond angles/molecular geometry!) For the purposes of this article though, we’ll gear our focus toward monochloramine – the secondary disinfectant oxymoronically infecting much of the tap water throughout the United States.

Monochloramine replaced regular old chlorine as the main secondary disinfectant in our drinking water starting as early as the 1930s, and its application is increasing. The reason: monochloramine is much more stable and doesn’t dissipate as rapidly as chlorine. This means it has the thermodynamic tenacity to stick it out through the wringer of modern industrial treatment facilities and plumbing infrastructure with the staying power to make it right up and out through our faucets and into our bodies. It’s actually so strong it has the power to convert other organic materials in our water into toxic, carcinogenic chlorocarbons while also eroding and increasing lead exposure on its way into our digestive, renal, and circulatory systems.

As far as regulations go, the EPA tries to keep the concentration limits to 4 parts per million based on the annual average samples they take in a given distribution system. To that, we say big whoop! Since when have bureaucratic government regulatory agencies and municipal water authorities ever come through with  covering all their bases on drinking water safety standards. No, we have to take measures into our own hands. Thankfully, we've got you covered with some easy solutions.

By now you must be wondering about  how to get chloramines out of your water. You might want to hit up Google with queries like “best method for removing chloramine” or “best water filters for chloramine.” No need, we’ve done the research and have come up with a few easy DIY methods to improve the quality of your tap water and kick chloramines once and for all. 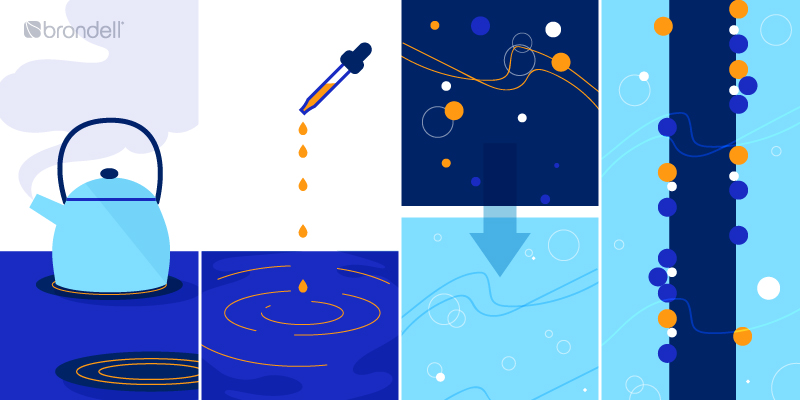 If you have the time and pot capacity to boil and cool your own drinking water, more power to you. Monochloramine molecules may be stable, but they aren’t strong enough to avoid evaporation. However, monochloramine has a way higher half-life than chlorine and takes much longer to boil out of water. How long? About 27 hours for every 10 gallons… Again, if you really have nowhere to be or are keen on practicing the type patience observed only in like Shaolin monasteries or million-piece jigsaw construction be our guest but if you’ve got a real thirst, read on.

Piling on more chemicals to remove the bad chemicals present in water… Sound familiar? Well, if you want to broaden the rate and variety of your chemical compound consumption, there are definitely options in this arena as well. For instance, you could try neutralizing or reduction reaction agents like ascorbic acid, sodium ascorbate, potassium metabisulfite, or sodium thiosulfate. These methods aren’t super uncommon for like fish tank hygiene and homebrew homeostasis, but they also leave behind residuals and byproducts like excess sodium which tend to throw off taste.

Reverse Osmosis or RO is a great way to remove just about anything from your drinking water. Apart from chloramine,  reverse osmosis water filters are able to wipe out an entire microcellular spectrum of viruses and bacteria like coliform, gastroenteritis, legionella, encephalitis, even polio. These water filtration systems work by forcing contaminated water through a semipermeable membrane and virtually stripping it of everything outside of pure, unadulterated hydrogen and oxygen. This means no chloramines, chemicals, bacteria, viruses, dissolved solids, or even tastes make it into your glass.

Since RO systems are so selective in the quality of water that makes it into their storage tanks, there is the issue of wastewater. RO wastewater is a concentration of the contaminated water that didn’t make the cut in the filtering process and it can be an environmental strain depending on the type of system used. Some RO systems produce up to 20 gallons of wastewater for every one gallon of filtered water. Thankfully, with advances in RO technology, Brondell has innovated an  efficient reverse osmosis system with a waste-to-water ratio of just 2:1. If you’re going this route, we recommend you buy the Circle.

Known widely as the “king of elements,” carbon has its isotopic hand in everything from low-pressure chromatographic separation to mercury scrubbing, radiocarbon dating, diamond formation, and crude oil. We’re talking about the 4 th most abundant element in the known universe and a veritable Swiss Army knife in terms of practical applications. When it comes to water filtration, carbon is one of our favorite methods, employing a process called adsorption (with a D) to trap everything from heavy metals to VOCs to odors to inorganic compounds like chloramine from tap water. Without going too deep into like pore structures, surface phenomenon, physisorption or the myriad of isothermic studies pertaining to Langmuir equations and BET theory, adsorption is simply the way in which activated or catalytic carbon captures the impurities and pollutants within tap water.

In many  under counter water filtration systems, an activated carbon block filter is used to capture and neutralize contaminants like chloramines. Since carbon granules have such large surface areas and are very porous, it’s easy for even small molecules to become trapped within the labyrinths of their particle structures. Carbon filters work quickly and efficiently to scrub tap water of most pollutants including secondary disinfectants like chloramine without the wastewater of reverse osmosis. Many of these filtration systems are both affordable and easy to install, making them our number one choice for the removal of chloramine. 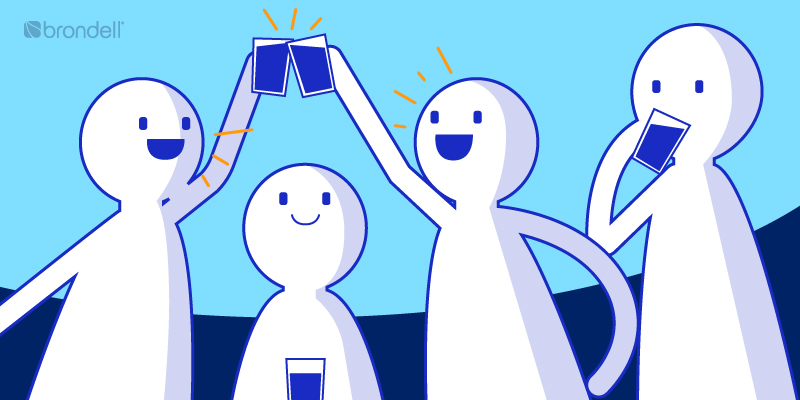 And now we find ourselves at the end of this little pseudo-inspirational crash course on chloramine contaminants. Okay, so we didn’t exactly get to hydrazine synthesis, vacuum distillation, or the myriad of inorganic polychlorine compounds that wake Michael Phelps up at 3am with a rapid pulse and cold sweats. We did however arm you with the knowledge to go out into the world and demand more from your hydration, the power to stand up and say this water could potentially taste a lot better and leave less of a chemically accumulative footprint within my body, and the knowledge to say no to secondary disinfectants, no to chloramines, and yes to a life of clean, healthy, hydration!