Will an Air Purifier Help with Dust, Mold and Smoke? 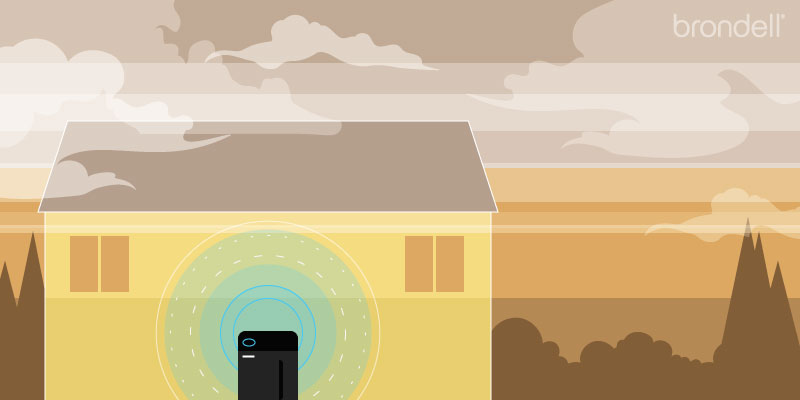 You wake up every morning and they’re in your face, an entire combat formation of airborne irritants, the blitzkrieg beating of bioaerosol organisms and heterotrophic bacillaceace. There are spore-driven regiments of cladosporium, penicillium, or like the opportunistic echelons of alternaria and aspergillus – these nasty pathogenic freak fungi looking to nest out in the bronchial complexes of the sick, infantile, or the weak. They feed on decaying plants and soil then invade our ecosystems looking for hosts, dropping secondary metabolic micro-bombs of myotoxins, citrinin, fusarium, causing nervous system impairment, brain damage, asthma at the very least.

Then there are the particulate contingents of domestic dermatophagoides; the eight-legged arachnid class of human skin crawlers who dwell among a microscopic landscape of dead cells, hair, plant pollen, and paper fibers. They’re living all over us and we barely realize it. They flourish in our mattresses, furniture, and carpeting. They leave behind a fecal-borne wake of peptidase enzymes which kill human cells on contact and incite allergies.

Beyond all of that there are the pulmonary perils of corrosive aerosol exhausts bringing about an entire spectrum of toxins like carbon monoxide, hydrogen cyanide, ash, odors. This is especially dangerous if you’re prone to setting off your smoke alarm with ambitious flambé failures or overcooked cuisines. Maybe you still enjoy the subtle smoothness of a Cuban cigar and you’re swimming in a whole dioxic haze of chemical contaminants.

Sure, this may all seem like a dystopian battle scene from the annuls of Hollywood sci-fi, but it’s as real and invasive to your home environment as that Meow Mix commercial you’ll never get out of your head. What we’re talking about here is mold, dust, and smoke; three of the most common indoor air pollutants and you are under attack.

Thankfully, there are measures you can take to eradicate and reduce these domestic dangers with affordable, easy and efficient solutions.

Since the most dangerous types of mold, dust, and smoke are those living in the air we breathe, they can be eliminated, for the most part, using modern air filtration technology. Sure, these are extremely resilient pollutants, but here we’ll outline how each can be drastically reduced by way of easy-to-use, affordable, at-home air filtration units.

Mold is No Match For Filtration

Mold takes a variety of forms. Whether it’s the rhizopus stolonifera growing on your opened loaf of Wonder bread, the mildew living on your walls, or the penicillium flying about the air in the form of mold spores, these fungi can be damaging to the health and vitality of your cellular structure. Breathing in airborne mold allergens can be especially toxic. The allergies alone can cause symptoms of:

Basically, you want nothing to do with any domestic species of airborne mold, from alternaria to the vicious stachybotrys strains, and by now you may be wondering, “will an air purifier help with mold?” In short: absolutely.

The average mold spore is anywhere from 3 to 400 microns in size, mere child’s play for any true HEPA certified air filter with the ability to intercept and extract 99.97% of all particulates in the air with sizes above .3 microns. This means true HEPA technology could catch spores even ten times smaller than the tiniest known mold species – effectively filtering most strains like golf balls through a grain sieve.

Destroy All the Dust

What is dust anyway? This stuff is everywhere, sitting atop our furniture, sewn into the upholsteries of our recliners and couches, collecting on those Teo Bo workout tapes and Sony Walkmans, and making its way through our air, up our noses, and into our lungs. Domestically speaking, dust is an amalgam of everything from pollen to paper fibers, animal hair to dead skin cells. The particulate sizes of these elements rage from .001 to 1000 microns, leading many to wonder, “will an air purifier help with dust?” Again, we’re saying yes.

Though some particulates in dust such as atmospheric dust can be as small as .001 microns, the allergens and contaminants that make up the most harmful and abundant particulates like pollen (>10 microns), bacteria (> .3 microns), dander (>5 microns), even asbestos (> .7 microns) have large enough particle sizes to easily be trapped and contained by the powers of true HEPA air filtration systems.

Many modern air filtration systems, like Brondell’s Revive, come standard with air quality indicators which will sense when dust is being kicked up, whether during heavy traffic or cleaning, and can automatically adjust their fan speeds to filter air more quickly during instances of bad air quality.

Up in Smoke, Out with Filtration

In an age where we’ve largely snubbed the scourge of public cigarette smoking while simultaneously embracing a brave new legal market for marijuana, the questions around smoke filtration are now as varied and intricate as the strains of Kosher Kush and Mango Haze themselves. Of course, lately there have been concerns over wild fires and volcanic ash as well which leave many people asking questions like “Will an air purifier help with smoke?” “What is the best air purifier for smoke?” “Does an air purifier help with weed smoke?”

Yes, yes and, rest assured Snoop, yes. Many modern air filtration systems feature a whole bundle of different air filter types from granulated carbon to mesh particulate to true HEPA. These work in conjunction to not only remove 99.97% of the particulates in smoke such as black carbon and ash but also the gasses and fumes like carbon monoxide, ozone and odors. The granulated carbon filters in most modern air purifiers are able to capture many smoke allergens and pollutants through the process of adsorption. This distinct process utilizes the pore structure and vast surface area of activated carbon to trap and neutralize noxious elements like odors, hydrogen cyanide, or benzene.

Of course, prolonged exposure to smoke with little ventilation or purification could leave your home saturated with chemical pollutants like lead, ammonia or nitric oxide. The following methods can be employed in conjunction with a proper air purifier to help remove any bad smells left from smoke.

Now that you’re armed with the knowledge to fight back in the battle against malicious mold spores and myotoxins, destructive dust mites, sinister smoke allergens or anything above the particulate threshold of .03 microns, go into your sanctuary with the confidence to breathe easy, live healthy, and be happy!