Breathe Smarter Not Harder: Staying Sharp in the City

Living in the city means many different things to many different people. To some slickers, living in stacked urban areas means being at the hub of different cultures and cuisines. To others, it means keeping a finger on the pulse of big business, high fashion, and new design. And while there are many reasons for yanking up stakes from the easy living of smaller suburban or pastoral landscapes and beating it out to the metropolitan megatowns, there’s no denying the hazards inherent in a close-quartered lifestyle.

At Brondell, we’d love to protect you from all things irritating like noise pollution, stress, crime, and gridlocked rush hour but unfortunately, we’re just a home appliance manufacturer… We can, however, save you from breathing polluted air and losing points on your IQ.

Yes, you read that right! New research out of China suggests that breathing polluted air is having a substantial impact on the intelligence of those living in big urban areas. The study reveals that 95% of the world’s population is living in poor or unsafe breathing conditions and the effects of this bad air quality extend further than the physical symptoms commonly associated with pollution and smog. The study found that high levels of pollution led to significant drops in test scores across the subjects of language and mathematics, the average impact equivalent to an entire year of education lost. And this isn’t just a problem for school children in Shanghai. Scientists at the Yale School of Public Health say these effects extend to everyone in cities where smog is a problem and can be especially detrimental to the elderly, men, and those with a low education. Sometimes the scariest obstacles in life are the ones you never even saw coming… 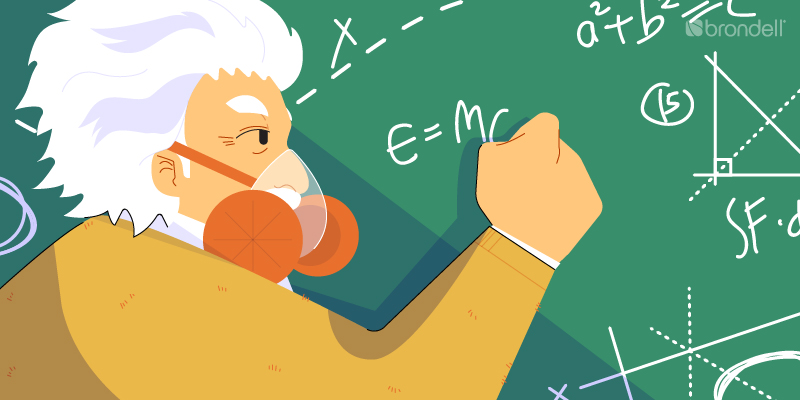 Here in America, we tend to trust our brains and bodies to air quality indexes and ambient air standards set by big government ozone honchos like the EPA, OAPQS or the boys in Washington at the office of atmospheric programs. Unfortunately for us, there’s no amount of like climate change leadership campaigns, green power partnerships, UV indexes, or methane initiates strong enough to prevent harmful compounds like sulfur dioxide, tropospheric ozone, carbon monoxide, and particulate pollution from coming right up through our HVAC systems and window creases, seeping into our lungs, crawling into our cortexes, and causing us to commit any number of intellectual oversights. You laugh, but when you catch yourself at 8am brushing your teeth with Brylcreem and combing Colgate Total through the part of your pompadour, you’ll be demanding answers! “I want answers!” you’ll say. Remember men, this affects you especially.

Thankfully, your friends at Brondell, Inc. do not want to see this happen to any of you. We’ve dedicated the crux of our entire socio-corporate philosophy to ensuring that you, the general public/ body politic/ “average American consumer” do not suffer the pitfalls of an unhealthy living environment, be it in the hygiene you employ, the water you drink, or the air you breathe! That said, we have an entire suite of various true HEPA, AHAM-verified, ENERGY STAR-certified air filters perfect for dusting off the O2 in any big city digs, from high-rise condos to fifth-floor walk-ups. With a true HEPA air purifier like the Brondell Revive, you’ll be sure the invisible, microparticulate residuum from rash industry and madcap mill production doesn’t stand a chance in your inner city sanctuary. This means a reduction in dust, black carbon, bioaccumulative asbestos and aflatoxins, smoke, VOCs, benzene, volcanic fallout – we could seriously be here all day. The point is, this stuff is apparently making us dumber and it’s time we took a stand! 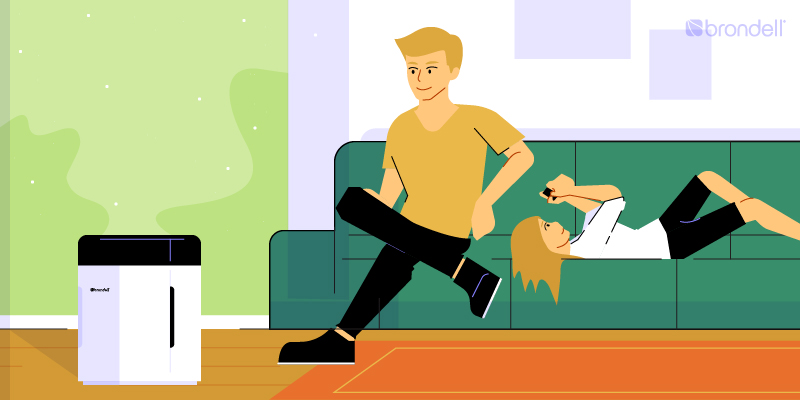 Now, we aren’t claiming that when you go out and buy say a Brondell Revive air purifier with dual true HEPA filtration, natural evaporative humidifier, intuitive touch control panel and a really cool air quality indicator it’s going to automatically morph you into some Mensa-caliber thermodynamics savant with a penchant for 18th century symphonic movements. Again, we’re merely a healthy home appliance innovator and we don’t technically have the credentials of like the National Academy of Sciences, the Public Library of Science, the World Health Organization, the British Medical Journal, or the Atlas Society to say bad air quality is causing city folk to lose their collective edge but they do… and did…

All we’re saying is that maybe there is something to all of this. Maybe the studies that found links between polluted air and cognitive impairments, Alzheimer’s, and mental illness should be digested, broken down, disseminated and fit with solutions, which is what we’ve done here.